Forget Manhattan or the Maldives – Perth is being trumpeted as the global travel destination of choice in 2018.

Dubbed Australia’s “Capital of Cool” by American travel writer Chris Dwyer in December, Perth is vaulting into must-visit lists from around the world.

From March, direct flights from London will make reaching WA easier than ever, a major drawcard for travellers keen to return if they like what they see.

CNN Travel this week ranked Perth among its 18 best places to visit in 2018, writing the city “seems to have finally hit its stride”.

After praising new designer hotels Aloft and Tribe Perth, the article highlights the city’s burgeoning night life and a restaurant scene that now offers more options per capita than Sydney or Melbourne.

It is not just international visitors flocking to our sandy shores either, with Australian website Traveller urging Eastern States tourists to ditch Dubai in favour of Perth as the new gateway to Europe.

“East coast travellers can hop over to the west, hang out on Cottesloe Beach for a day or two, sample some wine in the Swan Valley, have a few meals in Freo, and then be in London in less than a day.” Traveller website

For the past month, Jon Warren has been operating one of Perth’s newest and most unique offerings for visitors: a camel tour along Riverside Drive and through Elizabeth Quay.

About half of his customers are international or domestic visitors.

“When the Ashes was on we were full of Poms and I’ve also had quite a few Canadians and Indians on the tour,” he said.

“Everyone is very complimentary about how easy it is to get around Perth and how clean and pretty the city is.” 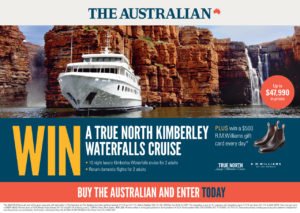 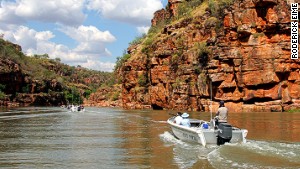